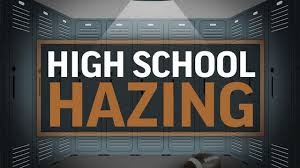 Forty three percent were submitted to humiliating activities and thirty percent performed potentially illegal acts as part of their initiation.  This is occurring in both the male and female population.  Perhaps the most disturbing statistic to come out  of a recent spate of studies on high school hazing is that ninety two percent of high school students do not report the fact that they have witnessed or have been a victim of hazing.

One of the most interesting aspects of hazing behavior is that it appears to be occurring throughout high school group/team culture or not at all.  Schools appear to either have a large hazing problem or none whatsoever.  Keith can adapt his anti bullying assembly to include a large component on hazing if it is occurring at your school.  Students that are engaged in hazing seem to consider it normal and do not consider it to be classified as bullying.

High School Hazing Is A Form Of Bullying

Keith will show that hazing is indeed a form of bullying and an unequal application of power. Hazing, like bullying, is difficult to monitor because it often happens off campus or in secret.  Schools need to include hazing in their anti bullying policies and efforts and define it for the student population. To combat hazing on high school campuses, administrators need to clearly define hazing, establish a policy to deal with it, and outline its consequences - similarly to how schools have implemented anti bullying policies. 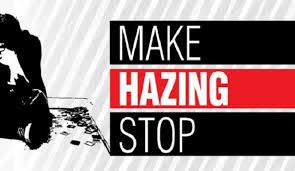 When Keith addressees athletic hazing, he gets the students to realize that the prevailing culture of "don't ask, don't tell" underlies the camaraderie of sports teams. He lets them know it is wrong to be a passive bystander when another person's health, dignity, and life are at stake.  A good teammate will standup for members of their team if they need it. Keith lets bystanders know the power they have to prevent further hazing. Keith shows students that hazing has negative effects on both victims and participants and these effects create feelings of apathy, mistrust, or isolation rather than of bonding and respect. Hazing can destroy self-esteem, self-confidence, group unity/cohesion, friendships, and more. It can create stress and may induce or aggravate psychological illnesses including depression, post-traumatic stress disorder, or anxiety. 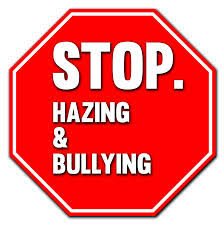 Keith encourages schools to make routes for witnesses to comfortably come forward clear. To facilitate communication and the reporting of illegal activities, schools may even want to create an anonymous tip line or suggestion box. Keith will show up for each assembly thirty minutes early.  He will want to learn, in detail, what is happening at your school.  If hazing is a problem, let him know and Keith will address it in a way that will empower bystanders to make a stand.  Victims will also learn where to go to get help. Hazing is a form of bullying, and like so much of what Keith addresses, it is uncomfortable to talk about.  But, in order to keep schools safe for learning, it must be addressed and the teens need to know how to respond when they are a victim or witness to it.

Contact Keith for more information. about an anti hazing and bullying assembly for your school.